Young South Sudanese have been meeting every month to clean the capital Juba. The environmental movement is a creative protest against civil conflict and unites people from warring tribes.

Wani Michael grimaces, then digs with both hands into the pile of foul trash.

It’s hot — hotter than usual during the rainy season, and the burning sun intensifies the stench of rotten garbage on the roadside.

It’s not a fun task he and hundreds of other young people have chosen for this sunny Saturday morning.

But they won’t be swayed from their mission: Cleaning the streets of South Sudan’s capital Juba — both literally and symbolically.

Under the banner #NadafaLeBeledna, which means “cleaning our nation” in the local language Juba Arabic, several youth groups are combining environmental protection with a call to end the brutal five-year civil war, which has killed an estimated 380,000 people and destroyed the country’s economy.

“As young people, we have a responsibility to bring about peace and coexistence among ourselves,” Michael added. 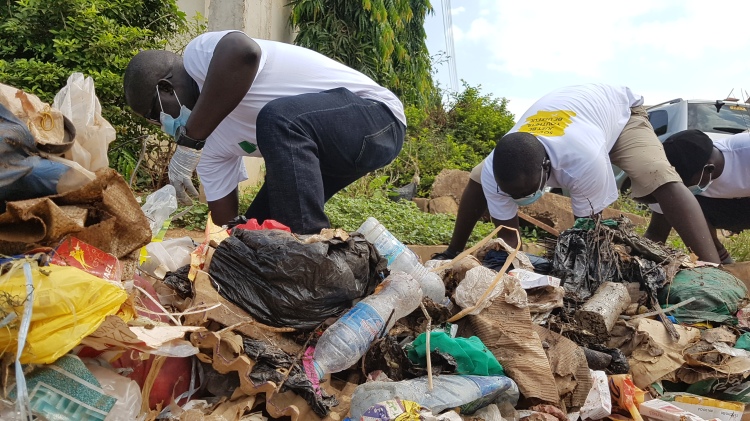